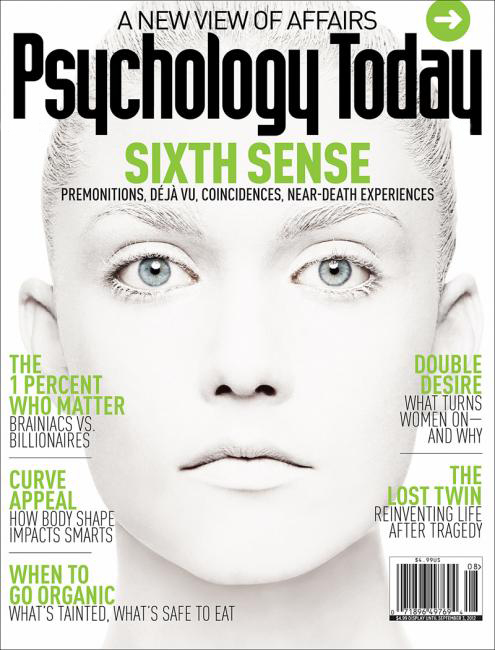 Synesthesia from the inside out
by Maureen Seaberg

Published on July 16, 2012 by Maureen Seaberg in Tasting the Universe

Nina Kupczyk believes synesthetes demonstrate how to think without constraints.

German synesthetes are very much a part of the avant garde of the synesthesia arts Renaissance. Nina Kupczyk is no exception and is working in operatic productions. Polyglot synesthete Lidell Simpson, featured previously here, translated this from the German.

1. What types of synesthesia do you have?

I have colored-hearing, taste and haptic (touch) synesthesia.  A word such as „gloomy“ gives me lemon flavor. Each phoneme of the language produces a different flavor and a different color. The taste of „hamburger“ for example, is blue pointed rolls that caress my whole body like cotton balls. I see music and emotions as colored shapes. I feel every sound on my skin or body. Recently, tactile sensations also call forth colors. My weekdays are colorful; the year oval. Time is a ball shape to me. I can also see and touch numbers in front of me strung on a chain and transparent. The whole world is for me a single sea of colors, shapes and vibrations,

Nina Kupczyk and company may use powdered wigs, but theirs is a fresh take on operatic themes.

2. When did you discover them? As a child I lived in my own world of forms, letters and stories. I was taught the violin by my parents, danced ballet and grew up in the theater. I was a star as a child actress in the theater. Later, I started to make music with words, I began to write poetry and my first novel, The Teacher and the Wunderkind, which was presented at the Book Expo in Chicago. This is a story about a young boy with extraordinary perceptions, but nobody understands it. I was always different from others and for this difference, there was no explanation until I was 25 years old, until finally, a professor from the University of Bremen, became aware of my book and my giftedness was diagnosed. It was also the first time that I became aware of the concept of synesthesia. I sent the book to the Hannover Medical University (MHH), where I was told I that I am a synesthete and normal. But I belong to a group of the highly gifted in the world with an IQ of 150. That blew me away, what others see in me and what I see in myself. I knew so far that they did not understand me or I was found strange. In recent years, I had to learn to find a language so one can understand me and not be blasted away with sheer mental and sensory acrobatics.

3. Does synesthesia have a connection to giftedness?

Giftedness is not something higher, faster, better, but creative thinking and coming up with unusual things. It also means you see, feel, hear, think more. Synesthesia is a special kind of gift, and vice versa. Synesthesia helps higher cognition. I can quickly see structures from a chaos of information, and remember very much of it. I have a very good memory and learn intuitively. In addition, synesthesia helps me to be more empathic because everyone has a different color. Giftedness and synaesthesia are by no means a guarantee of a career. On the contrary, we must fight more for our place in the world because there is too much envy. In Germany there is still fear of uniqueness and people who are different.

4. Please tell us about your work re: synesthesia.

I studied psychology and I have just completed my studies in opera directing. I do not directly translate my synesthetic perceptions as synesthetic images or the like, which „automatically“ become art, but in the language of the people trying to „send“. I want them to understand me. I have written a play about the question of what is to be genius: Urmozart, which was filmed as a theater arts movie, and worked in various theaters in Germany. I composed the music for the film. Now it is appearing in Frankfurt and Hamburg in an extended version for large ensemble. Currently I’m working on a modern opera about cross-cultural xenophobia in Germany, based on story I have written. A rapper from Kosovo and a well-known composer of techno music are involved in it. We are trying to redefine the opera. In Germany, many theaters shy away from new forms of musical theater show and stick to conventions. This is terribly boring. We want to change opera, music, shows and contemporary stories. Synesthesia helps me to find and identify new ways. So we now create a new sound that combines many styles of music. I also want to make music physically. The opera is directed by some synesthetes, because we worked out language, music, dance, stage design with lots of people to an overall result. For me directing is the best job in the world. The director is responsible for the whole, in terms of „total art work“. I am also currently in discussion for a new movie. I would like to make a film about giftedness, genius and synaesthesia. A film about synesthesia and giftedness in everyday life.

I still write poetry and I published a book of poems: „From the Forbidden City,“ I do this with the music of language.

5. What do you think about the state of synesthesia awareness in the world today?

People and many doctors still know too little about synesthesia. Many think it is a disease. Synesthetes are treated as freaks or something odd. Others believe that it is something special. I believe that synesthesia is a skill that helps not only colorful pictures, which reminds me a bit of LSD trips, but that synesthesia helps to come in cyberspace-age clear. They have mastered multi-tasking and can quickly pick out the wealth of information relevant stimuli.

6. Should we be teaching synesthetes differently?

I think gifted children with synesthesia should not be treated differently or taught in separate schools. But I want to give teachers the space for „other“ thoughts and perceptions. I want as a whole, a more tolerant society and schools, where everyone can find their way. Not where everyone who is different are getting treated with suspicions.

8. What would be your mission statement as a synesthete?

Synesthetes can help other people to stand up for themselves and show emotions. In addition, they can show how to stop thinking with constraints and to develop visions. For tolerance, imagination and freedom are more important than knowledge.